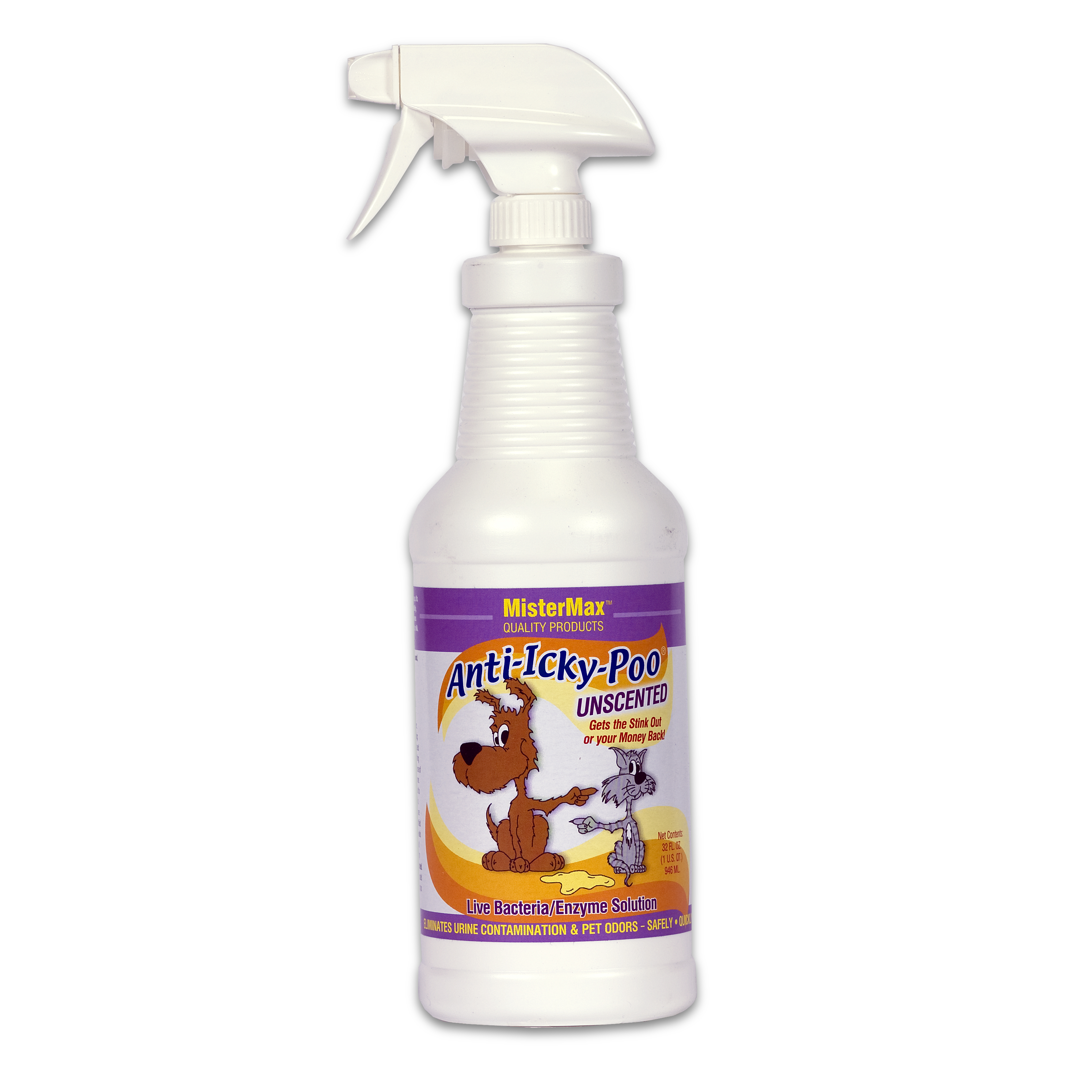 Anti-Icky-Poo Unscented has no smell or scent. It is the perfect product for removing odors from small rooms, automobiles, and places where we need to be during treatment. If you have an odor problem, we will guarantee that Anti-Icky-Poo Unscented will provide the solution, no matter how long the order has been in that location.

There is no rubbing or scrubbing or mopping up after applying Anti-Icky-Poo Unscented. Just Spray and walk away. Better yet, spray and go relax for a few hours. For best results, spray the entire affected area in 2 – 4 hour intervals the first day (depending on the extent, source and age of the contamination) and 3 – 5 hour intervals the second day. On the third day, spray the contaminated area if you continue to smell odors. The scent of Anti-Icky-Poo rarely lasts beyond 4 days. Your own nose will tell you when the odors are gone for good..

Unlike other products, Anti-Icky-Poo does not cover up or mask odors. Anti-Icky-Poo destroys and removes the source of the odors. Only further contamination would cause the odors to return.

Gets The Stink Out Or Your Money Back
Simply put, regular and unscented Anti-Icky-Poo is one of the best products available today to remove pet stains and pet odor from carpet and fabric. Anti-Icky-Poo also works on wood, tile and concrete. Recommended by veterinarians, animal behaviorists, pet trainers, professional carpet cleaners, and many others. Anti-Icky-Poo is guaranteed to "get the stink out or your money back".

Anti-Icky-Poo will remove cat urine, dog urine, skunk musk, vomit, feces and a whole host of other decaying organic materials. Order today and be on your way to removing odors, stains and more from your home! Leave your stain removal needs to AIP. We've been doing this for 19 years. We know stains, and we want to help you get rid of yours!